Abstract:
In the famous Lotus Sūtra parable of the burning house, the father promises his three sons three types of vehicle with which they can play, in order to get them to leave the building. When they get outside, their gifts are identical. As any student of Buddhism knows, the three vehicles represent the three ways to reach liberation in early Buddhism: the bodhisattva path leading to full and perfect buddhahood; the path of the śrāvaka or “hearer”, leading to arhatship; and the vehicle that leads to becoming a pratyekabuddha, an independent or solitary buddha. The one vehicle is, of course, the Mahāyāna or “Great Vehicle”. This parable paints a simple picture of the three vehicles of mainstream Buddhism being supplanted by the all-encompassing Mahāyāna, and this has been much repeated in scholarly literature. This paper, which emerges from a collaborative project funded by the UK Arts and Humanities Research Council, offers a more complicated assessment of early Buddhist accounts of paths, vehicles and buddhas, with a focus on Indian narrative literature on both sides of the Mahāyāna divide. Was the idea of three paths or vehicles really taken for granted in non-Mahāyāna contexts? And how do Mahāyāna sources make sense of these categories of liberation as they seek to offer new perspectives? By exploring a range of narrative literature that engages these debates, we shed new light on ideas about buddhahood, and on the role of these ideas in the distinction between Mahāyāna and non-Mahāyāna thought. 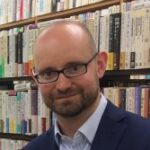