Sponsor: This lecture is sponsored by Liuzu Temple with support from the SSHRC funded project “From the Ground Up: Buddhism and East Asian Religions”.

Abstract:
This lecture explores self-immolation in the premodern Chinese Buddhist and Daoist historical milieu. It first historicizes this ritual within the wider Indian Buddhist practices, followed by an exploration of Chinese (and by extension, East Asian) imagination of religious sanctity and mastery over death. It argues that self-immolation in China was understood as a way of transforming death’s negative implications into productive power. The Chinese Buddhist and Daoist hagiographical records often depict self-immolation in concrete, visible terms—testifying that the ritual transcended the finality of death with outward signs such as meteorological mastery of procuring rain. Performers were often publicly recognized, which testifies to Heaven’s approval. The accounts examined are not isolated cases but form part of the repertoire of Chinese Buddhist and Daoist miracle tales that created a discourse of “eminent Buddhist monastics” and “Daoist transcendents.” Their self-immolation became socially recognized markers of sanctity. 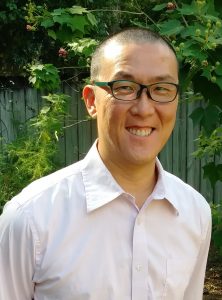 Dr. Jimmy Yu (Ph.D. ’08, Princeton University, Department of Religion) is a Sheng Yen Associate Professor of Chinese Buddhism at the Florida State University. His research interests include the history of the body in Chinese religions, Buddhist material culture, Chan/Zen Buddhisms, and popular religious movements within the broader context of fifteenth to seventeenth centuries China. His second and current book project focuses on the formation of a new religious movement, the Dharma Drum Lineage of Chan (DDLC), within modern Chinese Buddhism. The book will be the first full-length monograph of Chan Buddhism in modern times in any language and the first historical study of Sheng Yen, the founder of DDLC, in the English language.