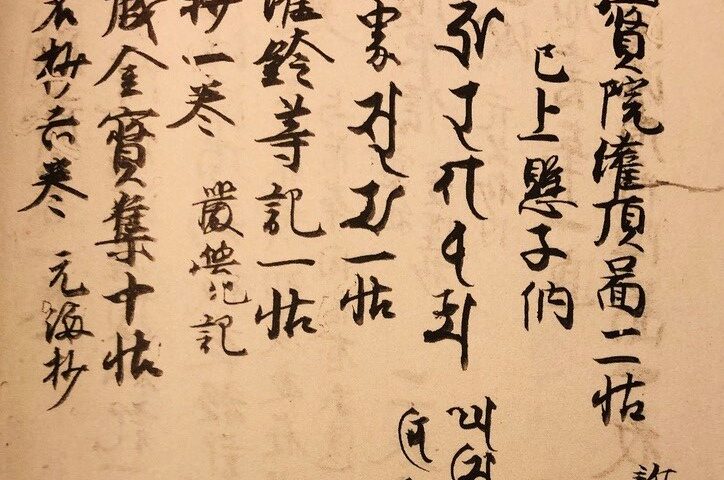 Abstract: The Japanese term shōgyō 聖教 is used to refer to religious, though not always, documents that were cataloged locally and preserved in the libraries of temples, shrines, and shrine-temple complexes in medieval Japan. These are extremely rich, relatively early collections, which consist primarily of commentaries to esoteric Buddhist sūtras translated from Sanskrit into Chinese during the 8th century in China, ritual manuals composed by Chinese and Japanese monastics, instructional notes and diagrams, hagiographical, biographical and historiographical texts and letters, charts, seals, music, and copies of secular and religious documents not always tied to the institutional affiliation of the libraries. These documents are virtually unknown outside Japan and almost entirely neglected by scholars who publish in European languages (and Chinese), even by experts who research the history of esoteric Buddhism in medieval Japan. 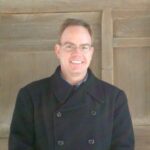 Dr. George A. Keyworth is Associate Professor in the Department of History at the University of Saskatchewan, in Canada. He received his Ph.D. in Chinese Buddhist Studies from the University of California, Los Angeles (UCLA). Dr. Keyworth has received grants from the Social Sciences and Humanities Research Council (SSHRC) of Canada to support research about and the publication of peer-reviewed articles on Northern Song dynasty (960–1127) Chinese Chan Buddhism and the figure of Juefan Huihong 覺範惠洪 (1071–1128); Japanese pilgrims to Song China (e.g., Jōjin 成尋 [1011–1081]); apocryphal Chinese Buddhist scriptures and the particular case of the Shoulengyan jing 首楞厳經 (*Śūraṃgama-sūtra) using sources from Dunhuang and Japan; esoteric Buddhism in Tang (618–907) and Song China; Zen Buddhism in Edo Japan and the figure of Kakumon Kantetsu 覚門貫徹 (d. 1730); and old Japanese manuscript Buddhist canons, especially from Nanatsudera 七寺 and the Matsuo shrine canon kept at Myōrenji 妙蓮寺. Dr. Keyworth is currently working on two books, tentatively titled: Zen and the Literary Arts, and Copying for the Kami: A Study and Catalog of the Matsuo Shrine Buddhist Canon.

This lecture is free and open to the public, but pre-registration is preferred.