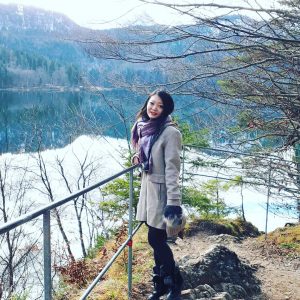 Zhang Wa was a visiting student in the UBC Asian Studies from September 2017 to March 2018 before returning to doctoral studies at Peking University of China. She mainly focuses on the study of Buddhist aesthetics, and the research based on the meaning of lion images especially between Han and Tang period. To date, she joined and assisted with several academic activities, such as Wutai summer program, review of lecture Reflections on “Self-immolation in Chinese Buddhist and Daoist Traditions” (Dr. Jimmy Yu, Florida State University), in the CJBS. She has finished her dissertation on the “Sinicization of Lion Images in Han and Tang Dynasties”《漢唐獅子圖像漢化問題研究》 and expects to further explore comparative studies between East and West. Zhang Wa’s proposed project on mythological images out a comprehensive execution of how she prepares to investigate this subject matter and in turn, contribute and further the dialogue regarding Buddhist aesthetics, and research on Mythology and Comparative Cultural and Religious Studies. She intends to examine what the aesthetics of Buddhism are and how they are used in regard to mythological form, giving a contemporary definition to her subject matter. This investigation brings about questions regarding the role of mythology in Buddhism and religion in general, thus dealing with a very crucial and essential issue of aesthetics and philosophy as well as Cultural and Religious Studies. She is quite interested in the cooperative works as well and has published several translations.