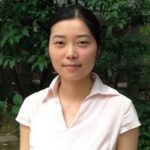 Dr. Wu is Associate Professor in Indian Buddhist Studies at Tsinghua University. Her Ph.D. in Buddhist Studies is from Cardiff University. Prior to her appointment at Tsinghua, she was a Postdoctoral Fellow at Leiden University, supported by an ACLS/Robert H. N. Ho Family Foundation Postdoctoral Fellowship. Her research focuses on the significance of narrative literature for the study of religions; Buddhist scriptural traditions in Indian subcontinent, Central Asia, China and Tibet; Buddhist monastic practices and ideals; Jaina Prākrit literature; ideas and ideals of kingship in Asian religions; sacred biography in Asian religions; and religions and violence in pre-modern and modern Asia. She has a book manuscript on Violence, Virtue and Liberation––Legends of Ajātaśatru Kūṇika in Indian Buddhism and Jainism.

During her visiting fellowship at McMaster, she completed final revisions of two articles: “Buddhist Salvation of Ajātaśatru and Jaina Non-Salvation of Kūṇika”, (accepted for publication Bulletin of the School of Oriental and African Studies (BSOAS) for Spring 2019; “Contact-Induced Linguistic Creations: Through the Lens of Chinese Buddhist Translations”, which will be published in a collection of papers presented in the symposium “Connections: China and the West in the Making of History” held at Oxford University in December 2017. She also wrote a large part another article titled “War as A Backdrop for Law-Making: Lesser-Known Stories of Ajātaśatru’s Warfare from Indian Buddhist Monastic Law Codes”. This article examines various versions of the story of Ajātaśatru’s warfare in relation to the elder Maudgalyāyana’s guiltlessness (anāpatti) of the fourth pārājika offence, and presents an overview of all other Buddhist canonical legal cases in which warfare is used as a narrative backdrop for monastic rulemaking. Professor Shayne Clarke at McMaster was able to give valuable feedback on a draft of this article. She also wrote a major grant proposal for a comparative study of stories and rules about nuns in Indian Buddhist and Jaina traditions. The grant application was successful.