Guest Lecture: What is Buddhist About Law? A View from Early Modern Tibet

Abstract:
While, within Buddhist Studies, there has been considerable disagreement on the relationship between Buddhism and law, it has been a vastly understudied subject that has fortunately received more academic attention in the past decade. Scholars in the past have equated Buddhist ethics or philosophy with Buddhism tout court. TW Rhys Davids, for example, once remarked that “in the strict sense of the word there is no Buddhist law; there is only an influence exercised by Buddhist ethics on changes that have taken place in customs” (1914: 827). On the other extreme, Rebecca French has positioned for the case of Tibet that “[m]ind training and inner morality are also at the center of the legal system for Tibetan Buddhists” (French 1998: 519) and that “[a]ll laws were understood as religious” (1995: 345). Contemporary scholars of Buddhism and law such as Lammerts and Schonthal attempt to find middle ground, in which Buddhist practice (ie, what Buddhists do), as evidenced either by texts or human conduct, takes center stage. In this talk, I will present a view from early modern Tibet on the complex question of how Buddhism and law intertwine. Using examples from prescriptive legal texts and descriptive legal cases, I will demonstrate in this talk how this entwinement was thought of by Tibetan Buddhists and how this played out in society. 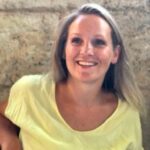