Visitors to The University of California, Berkeley

Jan Nattier did her undergraduate work in comparative religion (specializing in Buddhism) at Indiana University, where she also began graduate training in the Department of Uralic and Altaic Studies. She completed her Ph.D. at Harvard University under the Committee on Inner Asian and Altaic Studies (specializing in classical Mongolian and Tibetan). She has taught at Macalester College, the University of Hawaii, Stanford University, Indiana University, and the University of Tokyo, in addition to serving as a member of the International Research Institute for Advanced Buddhology (Soka University). Her monographs include Once Upon a Future Time: Studies in a Buddhist Philosophy of Decline (Asian Humanities Press, 1991), A Few Good Men: The Bodhisattva Path according to the Inquiry of Ugra (Ugraparipṛcchāsūtra) (University of Hawai’i Press, 2003), and A Guide to the Earliest Chinese Buddhist Translations (Soka University, 2008). Jan was the Numata Visiting Professor in Fall 2015. In Fall 2019 she will be offering a graduate seminar: C220. Seminar in Buddhism and Buddhist Texts. Content varies with student interests. 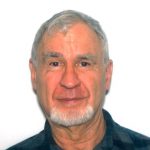 Paul Groner received his Ph.D. in Buddhist Studies from Yale and taught at the University of Virginia. His research focused on the Japanese Tendai School during the Heian period and the precepts and ordinations, which led to research on Eison, founder of the Shingon Ritsu sect, and the status of nuns in medieval Japan. In recent years, his interests have extended to the Tendai educational system during the Muromachi Period and to the establishment of Japan’s first public library at the Tendai temple, Kan’eiji. His publications consist of Saichō: The Establishment of the Japanese Tendai School, Ryōgen and Mount Hiei: Japanese Tendai in the Tenth Century, and approximately fifty papers.

While visiting UC Berkeley, Prof. Paul Groner delivered a lecture titled “Reflections on the Movement to Revive the Precepts in Kamakura Japan”.