In 2019, the organizers of the UBC Tianzhu-Hurvitz Lecture Series invited Prof. Robert Buswell to speak at the University of British Columbia campus in Vancouver, Canada. This year, on October 9, the Lecture Series is in its second iteration, but like so many other academic conferences these days it was held online. Speaking from her office, Prof. Sharalyn Orbaugh, head of the Department of Asian Studies at UBC, pointed out the silver lining, noting that this opportunity for the Lecture Series to go virtual allowed for more scholars and students from around the globe to attend remotely. She then introduced the Lecture Series with a tribute to one of its namesakes, Prof. Leon Hurvitz, remarking that although he came to the study of East Asian languages and Buddhism later in his career, it was his philological acumen and passion for learning that ultimately made him one of the most remarkable Buddhologists of our time. Prof. Chen Jinhua, Professor of East Asian Buddhism at UBC, followed with further tributes to Prof. Hurvitz and introduced the 2020 UBC Tianzhu-Hurvitz Lecture Series speaker, Prof. John Kieschnick. 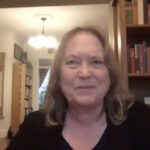 Prof. John Kieschnick, Robert H. N. Ho Family Foundation Professor of Buddhist Studies at Stanford University, is well known among scholars and students of Buddhism. He has published two books, both of which have become essential readings for those studying the cultural history of early Chinese Buddhism. His first book, published over twenty years ago now, was a thematic analysis of medieval Chinese Buddhist hagiography. His second publication, which came out in 2003, was a sweeping study on the influence of Indian Buddhism (and Buddhists) on Chinese material culture. He has also co-edited a volume with Prof. Meir Shahar on India’s place in the Chinese worldview, while his articles and contributions to edited works have appeared in prestigious journals such as JIABS and volumes such as the Cambridge History of China. Prof. Kieschnick has now shifted his research interests to home in on a recurring object of study throughout his work, namely Chinese Buddhist historiography. This lecture’s materials were drawn from his recent research.

Prof. Kieschnick’s lecture, “Karma in Chinese Buddhist Historiography”, focused upon Buddhist views on history within the broader tradition of Chinese historiography. He remarked that if one thing were to distinguish Buddhist historiography from its counterpart at court it would be karma. The talk followed four main themes: (a) history without karma, (b) proving karma through history, (c) karma as a tool for explaining history, and (d) thinking about karma in history. He began by speaking of history without karma by giving the example of Sima Qian, Han dynasty composer of the Records of the Grand Historian, who surveyed the history of early China only to face a seemingly insurmountable moral conundrum. Briefly put, the problem goes as follows: if those who are good ought to thrive, and those who are bad ought to suffer, why is it that history does not reflect this truth? Historical examples of good people suffering while bad people thrived—not to mention his own personal experience of injustice which saw him castrated and imprisoned by imperial order—led Sima Qian to lament how history revealed no internal moral logic and that this injustice was simply the way of the world. Some eight hundred years later, the Buddhist master of monastic codes Daoxuan wrote about “destiny”, karma and the pitfalls of court history. He agreed with Sima Qian that the world could seem unfair yet noted that it only seemed that way to court historians because they failed to grasp the “rational mechanisms driving these events”—i.e. karma. Karma in this context designates the causal relationship between a historical agent and the events that occur in the agent’s life. In a karmic system, the agent’s actions are influenced by causal factors which, according to deeds done both in this present life as well as in past lives, ultimately result in either salvation or retribution. In this way, karma was a graceful answer to Sima Qian’s moral conundrum because in a world determined by karma, the bad are assured retribution. That is to say, while they may prosper in this life, they are sure to suffer in the next one.

Prof. Kieschnick then moved on to the theme of proving karma through history. In this regard, the figure of Sun Hao, grandson of Sun Quan and ruler of Wu, represents a poignant example of instant karma. According to Buddhist histories, Sun Hao was an irreverent tyrant who initially sought to destroy Buddhism. On the Buddha’s birthday, he took an icon to the latrine and urinated on it, joking that he was offering the Buddha ceremonial ablutions. Retribution was swift for his body began to swell painfully, especially his privates. The swelling only subsided when he offered proper ablutions and housed the icon in a shrine. Karma was also a very flexible doctrine used to explain different historical occurrences. In a Buddhist context, lineage was very important, and association to past masters was the mark of a great master. Such lineage associations were often made in the biographies of eminent monks by marrying history with the doctrine of rebirth. Monks did this by looking for “karmic clues” that might indicate that a monk was karmically associated to another. This was the case with Daoxuan who, as it was revealed to his mother in a dream, was the reincarnation of Sengyou, a fifth century master of monastic codes, who in turn was the reincarnation of a monk named Senghu. Buddhists also applied karma to secular history. For example, they claimed that Emperor Wu of the Northern Zhou, who brought about the second great persecution of Buddhism in the late sixth century, did so because of his own bad karma, and that he received retribution for his heinous deeds when he died and was reborn in the hell realms.

Finally, historiography was also seen by Buddhist historians as a means of studying karma. Surveying the history of Buddhism in China, Buddhists faced anomalies in history that led them to question and elaborate on the inner workings of karma. The problems they faced are well illustrated in the biography of Dharmakṣema, a fifth century Buddhist monk from Central Asia. According to his biography, Dharmakṣema was assassinated by his erstwhile patron, the ruler of the Northern Liang, Juqu Mengxun. When the deed was done, the Liang ruler was riddled with regrets and he died soon after. Zhipan, eminent historiographer of the thirteenth century, wrote how Dharmakṣema had foreknowledge of his own death, himself stating that it was his karma to be assassinated. It could thus be said that by having the monk assassinated, Mengxun was ostensibly clearing Dharmakṣema of those karmic demerits he accumulated in a past life. However, Zhipan wonders about the logic behind this chain of events, for if it were the monk’s karma to die, then why did the ruler also have to die? As always, karma had an answer. Zhipan essentially argued that every person is responsible for their own actions and must bear the karmic consequences that follow. Therefore, for Dharmakṣema’s assassination, the ruler’s intentions as well as deeds were wrong and so retribution was appropriate.