Guest Lecture: From the Upper Indus to the East Coast of China: On the Origin of the Pictorial Representation of the Lotus Sūtra 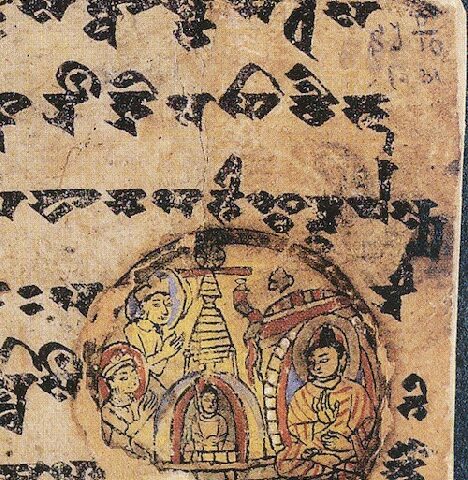 Abstract:
In Chinese Buddhist art, there is an image of two sitting Buddhas, Śākyamuni and Prabhūtaratna, which can be traced back to the Saddharmapuṇḍarīkasūtra. Because (until 2012) no image of the “Two Sitting Buddhas” had been found outside China, it has been assumed that the depiction of this pair of Buddhas is of Chinese origins. Drawing on four images that have been discovered since 2012, this talk will argue that the depiction of the “Two Sitting Buddhas” originated in the ancient Indian cultural area and then spread along the Silk Road to China.

About the Speaker:
Trained in Indology and Buddhist Studies in China (Peking University, M.A.) and Germany (Göttingen, Ph.D.), Haiyan Hu-von Hinüber has held professorial appointments, teaching and serving as research scholar at the universities of Freiburg, Copenhagen, Vienna and Erfurt. She has also been visiting scholar in France, Japan and China, and she has served as Professor-at-large at the Faculty of Historical and Cultural Studies, Shandong-University (China). Recently she has served as senior researcher at Shenzhen-University (China), and currently she is attached in the same capacity to the Center of Buddhist Studies, Peking University.

Co-sponsored by the Tang Center for Silk Road Studies and supported by a generous gift from the Tianzhu Global Network.