Guest Lecture: Integrating Buddhism into Chinese Culture or How Did Buddhism Become Chinese? Buddhist Junzi (法門君子) & The Administration of Buddhism

This lecture is part of the framework of a lecture series integrated in the MA course ‘Culture in Perspective: South and East Asia lecture’ at Ghent University.

Abstract:
The question of Buddhism’s role in Chinese culture and society was raised when Buddhism first entered China in the first century, and has persisted down to the present day. Throughout its history in China, Buddhism endured the vicissitudes of imperial politics, courting the favours of the emperor and well-placed members of the cultural elite, on the one hand, while inviting the wrath of its detractors, on the other. This presentation explores a Buddhist response to these challenges through an examination of the Buddhist literati-monk Zanning’s 贊寧 (919–1001) Topical Compendium of the Buddhist Clergy (sometimes translated as Brief History of the Sangha) compiled in the Great Song dynasty (Da Song Seng shilüe 大宋僧史略; CBETA T vol. 52, no. 2126), written at the request of Song emperor Taizong 太宗 (r. 976–997). The paper details Zanning’s argument for accepting Buddhism as a Chinese (rather than foreign) religion, as reflecting and enhancing native Chinese values rather than conflicting with them (as its detractors claimed). A number of subjects addressed in the Topical Compendium are addressed—the performance of Buddhist rituals at state ceremonies, the inclusion of Buddhist writings in Chinese wen 文 (letters or literature), proper Buddhist customs and practices and their contributions to the aims of the Chinese state, and the epitome of integration of Buddhist elite into the Confucian ideal of gentlemanly civility, the Buddhist junzi 法門君子. 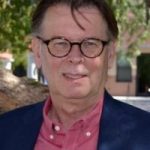 Albert Welter’s area of academic study is Chinese Buddhism, and he has published in the area of Japanese Buddhism as well. His main research focuses on the study of Buddhist texts in the transition from the late Tang (9th century) to the Song dynasty (10th to 13th centuries). In recent years, he has published Monks, Rulers, and Literati: The Political Ascendancy of Chan Buddhism (Oxford, 2006), The Linji lu and the Creation of Chan Orthodoxy: The Development of Chan’s Records of Sayings Literature (Oxford, 2008), and Yongming Yanshou’s Conception of Chan in the Zongjing lu: A Special Transmission within the Scriptures (Oxford, 2011), in addition to numerous articles. His work also encompasses Buddhist interactions with Neo-Confucianism and literati culture. He just finished a project on the social and institutional history of Buddhism as conceived through a text compiled in the early Song dynasty, Zanning’s Topical History of the Buddhist Clergy, published by Cambria Press in 2018 (The Administration of Buddhism in China; https://www.youtube.com/watch?v=jqJKcl0ygU0). Stemming from this latter research interest, Professor Welter has also developed a broader interest in Chinese administrative policies toward religion, including Chinese notions of secularism and their impact on religious beliefs and practices, leading to a co-edited volume (with Jeffrey Newmark), Religion, Culture, and the Public Sphere in China and Japan (Palgrave-Macmillan, 2017). He recently received funding from the Khyentse Foundation for a project, “The Hangzhou Region and the Creation of East Asian Buddhism,” in conjunction with Zhejiang University, the Hangzhou Academy of Social Sciences, and the Hangzhou Buddhist Academy. He also received funding from the American Council of Learned Societies (with the support of the Chiang Ching-kuo Foundation) for an international conference, “Creating the World of Chan/ Sŏn /Zen: Chinese Chan Buddhism and its Spread throughout East Asia.” Before coming to the University of Arizona, Dr. Welter was based in Canada, where his research projects were regularly supported by the Social Sciences and Humanities Research Council of Canada.

Supported by a generous gift from the Tianzhu Global Network.