Guest Lecture: From chan to Chan: meditation and the semiotics of visionary experience in medieval Chinese Buddhism 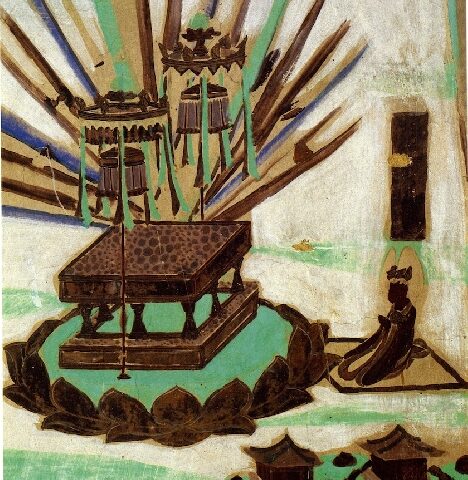 From chan to Chan: meditation and the semiotics of visionary experience in medieval Chinese Buddhism

Abstract:
In this talk Eric Greene argues that a distinguishing feature of “early Chan” discourse relative to mainstream Chinese approaches to “Buddhist meditation” (chan) was the rejection of the semiotic potential of visionary meditative experiences. Drawing from early Chan texts, contemporaneous non-Chan meditation manuals, and recently discovered stone inscriptions from Sichuan, he suggests that one way Chan partisans redefined what it meant to be a master of “meditation” was by claiming that extraordinary meditative visions were never signs of attainment. This rejection was, Greene proposes, a key element of the “parting of the ways” that during this time began to separate (ideologically, at least) the streams Chinese Buddhist thought and practice typically classified as “Chan” and “Pure Land” respectively.

About the Speaker:
Eric Greene (Ph.D. Berkeley, 2012) is Assistant Professor in the Department of Religious Studies at Yale. His research focuses on the history medieval Chinese Buddhism, with a particular focus on Buddhist meditation in China, Buddhist rituals of repentance, and Chines Buddhist translation practices.