Abstract:
Since the 1980s, North American Buddhist communities have been the site of recurring sexual misconduct and abuse allegations. While efforts to bring about justice have been hampered by denial and deflection from teachers, community leaders, and board members, a number of grassroot initiatives have responded more effectively to abuse. Drawing on ethnographic research in multiple North American and transnational Buddhist communities, we identify an emerging Buddhist sexual ethics in these grassroots justice efforts. We will focus, in particular, on three significant responses to abuse: transparency and accountability, sexual consent, and a survivor-centered orientation. We will map each onto classical Buddhist sexual ethics, illuminating areas of disjunction and overlap. Taking our cue from survivor-center advocacy, we argue that, although a Buddhist sexual ethics is locatable in textual traditions or lineage-based teachings, only critical constructive approaches make classical Buddhist sexual ethics useful for just responses to abuse. 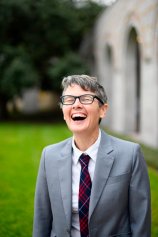 Ann Gleig is an Associate Professor of Religion and Cultural Studies at the University of Central Florida. She is the author of American Dharma: Buddhism Beyond Modernity (Yale University Press, 2019). She is currently co-writing a book Abuse, Sex and the Sangha with Amy Langenberg (under advance contract with Yale University Press) and with Scott Mitchell is co-editing The Oxford Handbook of American Buddhism.