Buddhism and Business, Market and Merit: Intersections between Buddhism and Economics Past and Present 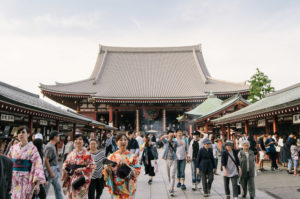 A report on the conference and student roundtables can be found here.

For information about the dharma talk by Venerable Dayuan on June 17, click here.

Buddhism and economics is emerging as a significant field of scholarly inquiry. Having long ago abandoned the vision of Buddhist practitioners as recluses seeking individual soteriological ends at a remove from the “ordinary” world, students of history, philosophers, and specialists in the subdiscipline of Buddhist economics itself are helping us to understand the religion’s pervasive and continuing importance in this sphere. Aware of the multiplicity of forms Buddhist practice and belief have taken over time, historical and anthropological investigations of Buddhism have, for instance, shed much light on its active economic activities during different time periods and in different societies. Applying Buddhist insights to their own fields, students of economics and sociology have, at the same time, put forward alternative economic models that address major challenges facing our contemporary world. There is much work being done on Buddhism’s intersections with economics across and outside of the academy and there is much to be learned in multidisciplinary conversations on this topic.

Seeking to promote this form of exchange, organizers of the “Market and Merit” conference to be held at the University of British Columbia from June 16-18, 2017, sponsored by UBC Buddhist Studies Forum and the newly funded multi-year,international and interdisciplinary SSHRC partnership project on Buddhism and East Asian Religions (www.frogbear.org), invite paper proposals addressing the ways that economic interests inform Buddhist practice and the ways Buddhism shapes economic activity. We welcome contributions from anthropologists, historians, philosophers, sociologists, textual scholars and experts in other fields whose work helps us to understand the religion’s contemporary situation, as well as its histories. Contributions can explore any aspect of the topic. Categories of exploration might include one or more of the following: